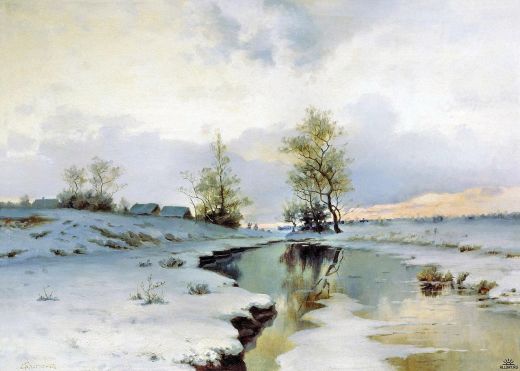 Beginning of Spring, by Ivan Yendogurov, 1890. Courtesy of Wikimedia Commons.

There is a great deal of skepticism about whether the Russians actually hacked anything to do with the election of our President-Elect Donald Trump, aside from the Clinton E-mails, which is insane, as that was the hacking, and the Russians did it.  Much of that skepticism is based not in reality but on commonly held biases that blind us to reality. People don’t want to believe, and seeing the seeds of doubt, decide to not believe… And there are alleged issues with the Joint Analysis Report. More on that later.

Before I do anything else though, I want to say this. I refuse to blame the Russians for Donald Trump winning the White House. That is thanks to the American people. Propaganda and hacking aside, it takes a conscious mind to vote for a person. The Russians did not, to my knowledge, hack election machines or fudge vote numbers in the Mr. Trump’s favor.

They fed Americans propaganda they wanted to hear, and twisted hearts and minds. And people ate it up.

What I do say is that Russia has a large and effective propaganda and hacking machine that uses several groups of hackers to steal information, and use it to the advantage of the Russian federation, under whose umbrella they work.

You ask for proof that hacking happened, that they’re really there and not just some twisted liberal conspiracy? Have you read the actual email that gave the hackers access to John Podesta’s email?

Podesta (and possibly his IT guy) missed the obvious phishing scheme. Anyone worth his or her salt will throw up a red flag if they see a short link attached to a support message about any potential site issues, like a hacked password. I only say an IT guy may have been involved is that the link was clicked twice. Who opens an attachment twice? No one I know, and I know some pretty damned computer illiterate people.

And ladies and gentlemen, that is how hacking happens. First they get in, find a back door, or convince you to open the front door, then they rob you blind.

Now, onto the Joint analysis report. It has been widely panned as off the mark. Why?Well, the report included both ‘general and unrelated malware family names’ as well as a ‘broad and non-descriptive classification of capabilities’ in a list they titled “Alternate names” On page four of the thirteen page report.

The title “alternate names” itself  is itself a bit of a giveaway as to what the government is trying to do here. It is simply a list of names to look out for when dealing with Russian hackers. The experts that are up in arms seem to have missed that rather general point. They weren’t breaking it down that precisely. If they had, they would have made the point of saying so.

Where in that name do you see anything about a specific breakdown into groupings of intelligence services, malware they used, or may have used in the past? I see none. The critique, while well intentioned, is misguided.

The rest of the report after that has nothing to do with Russian hackers. Nothing. The entirely of the remainder of the report is there to assist in what actions should be taken using the listed indicators including giving advice on how to better secure systems and threat mitigation strategies.

The report is not meant to be anything more than:1) a threat assessment of Russian hacking capabilities, 2)a short statement on known activities, 3) a list of names to look for, and 4) Basic steps to increase Cyber-Security.

The report has been called a technical exposé of Russian hacking.

This is an exposé of Russian hacking.

That government report is coming.

News here as it develops.

A Video to start things off.

Can’t help it really, now can I?

Dreary news isn’t all that I’m about.

Even if that’s all that there seems to be.

For heaven’s sake, what kind of man brings nothing but bad news?

Ghastly is a word that comes to mind.

How about some Fun?  HAPPY HAPPY JOY JOY! Ren and Stimpy, played in both fast and slow motion, for those of you who are high out of your minds.

In case you were wondering, I thought the above video was funny as hell.

K is for Kick Ass, that’s good enough for me.

Let’s try something else here, for just a minute.  A little bit of serious.

Not the worst news there could be, but markets were up earlier in the day.

Obama in the news: The Obama Presidential campaign received over $30,000 from Runaway banker and thief R. Allen 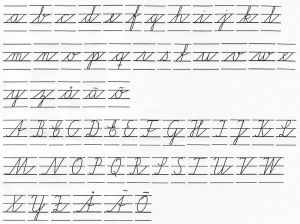 Republicans and Democrats alike are railing at Roland Burris,  and asking for him to resign.  But it looks like there isn’t enough support for his ouster from the senate.  Guess he’s going to be a less than one term senator though. The senate may not toss him, but the people probably will.

Stupid for facebook to try to take away the rights of it’s users.  That is what an irrevocable, worldwide license to use and modify anything posted on facebook is.  Good that they saw the revolt that this move spawned and immediately responded by withdrawing the offending material.  They could have lost tens of millions of users otherwise.

Ultra Conservative Michelle Bachmann has lost her Mind.  Again.  Read the story here to see just what a nutjob she is. She says we’re running out of rich people.  She says Republicans are nice people who don’t speak up enough.  She says ACORN gets $5,000,000,000 in the Stimulus. They don’t.  She says the stimulus is part of a democratic conspiracy to funnel money away from Republicans.  Jeez.

Very, VERY freaky little thing she is.  And freaky here is a BAD THING.

WAR.  North Korea is ready for it.  So says an unnamed military official to  the north’s KCNA news agency prior to Hillary Clinton’s visit to South Korea.  The North has a new missile, and they want to show it off, and with it their military might.  I guess they have to prove their missiles are bigger than everyone else’s.

Xenophobes, manic xenophobes the lot of them.   But it can’t be helped i guess. It all comes down from their leader.  Just because fearless leader is fearless does not mean he can’t have penis missile envy.

Yelling about how you can kick everyone’s ass only shows how small you really are in your own mind.  Idiots.

Zoo news to close things out here.   A zoo in South Carolina debuts their brand new Baby Giraffe today, who doesn’t yet have a name. Maybe we can all come up with a name for him.  How about Shorty! Works For me!

Aaaaaaaand that’s my run through the Alphabet for today.  Hope you enjoyed.   A final video, a few quotes and I am done.

This is Some funny stuff.  Larry Wilmore in search of a Black Jesus.  Just watch.

Today’s Nuggets, Via newspeak:  Restriction of free thought and free speech is the most dangerous of all subversions. It is the one UN-American act that could most easily defeat us.  Justice William O. Douglas

I wish it were possible to obtain a single amendment to our Constitution. I would be willing to depend on that alone for the reduction of the administration of our government; I mean an additional article taking from the Federal Government the power of borrowing.   Thomas Jefferson

Error: Twitter did not respond. Please wait a few minutes and refresh this page.