A case of every silver lining having a dark cloud seems to have emerged today in arguments given at the Supreme court. 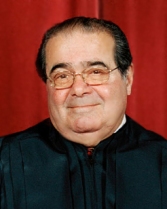 The silver lining is the fact that the same ominous tone came out from more liberal media sources last year when the court was going through arguments about the affordable health care act. And all that fretting was for naught, as Chief Justice Roberts decided to join the 4 liberal judges in upholding the constitutionality of the AHCA.   (For links this article is based on, Click here.)

But that silver lining seems to not be much of a lining, not this day anyway.  Yesterday’s silver lining seems to be non-existent in this case today. The voices that we have heard are speaking in the usual ways.  Justice Scalia disparaged section 5 of the 1965 voting rights act, calling it a perpetuation of racial entitlements.

Justice Sotomayor, in response to the claim by Shelby county that the act is itself unjust  and that they have changed said that there are still 240 discriminatory laws on the books in Shelby county, pointing to an obvious need to uphold the voting rights act. 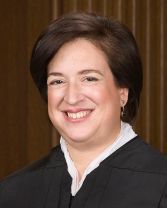 Justice Elena Kagan stated that while the first generation issues may have been resolved, and that the original aim of ensuring African Americans voting has been met, there are other more insidious forms of discrimination in use, such as voter I.D. laws and gerrymandering.

But the two votes that could potentially swing either way are looking like they are leaning towards getting rid of section 5.  The swing vote of Justice Kennedy seems to be leaning towards de-legitimizing  the voting rights act according to what I have heard.  The same for Justice Roberts who makes the potential swing vote list only because of his support of the AHCA last year.

The questions that seem to be most persistent against the voting rights act involve fairness towards the states that section 5 holds sway over.  Both justices Scalia and Roberts were overt in their questioning of both political and social motivation in the congressional vote for the voting rights act back in 2006, and both seemed to be pointing in the general direction of doubt as to the actual need for a voting rights act.

And while the Solicitor General, Donald Verrilli did a very good job as far as I could tell arguing the governments case, I am not so sure that he could have done a good enough job to overcome the prejudices of the justices against the law itself to keep section 5 alive for much longer.  I’m not sure anyone could have, given the anti-section 5 fervor that seems to exist amongst the more conservative judges on the court, done a better job.