The senate failed to find one republican with balls, or lacking that, brains, and in a move that surprised absolutely no one, derailed legislation that would have brought accountability to campaign finance after an extraordinarily bad judgment by the SCOTUS in the Citizens United case.

We always feel better in anticipation. You don’t think about something and think “Aw, it’s gonna be shitty.” NO! You say “This is gonna be the greatest weekend ever! Sonuvabitch!” And then, by Monday, you’re throwing up and you’re thinking “You know, I always thought those guys were pricks!”

I know, I know, I wrote about it yesterday, said that it was a fait accompli that this legislation, the disclose act, would fail to get to even be 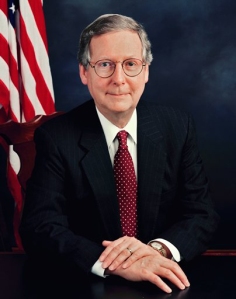 debated because the Republicans don’t want to see any progress made while the Democrats are in power, but dammit, it is frustrating as hell, to see  so much good legislation go down the tubes because of the tactical free-fall the minority has tried its best to place this nation in.

You know, that rat bastard McConnell had the nerve, the unmitigated gall to stand in front of the entire senate, and claim that this was an effort by the Democrats to save their own hides!  And on top of that he made the statement that the democrats were actually stalling legislation to help America create jobs!

Do you believe that bullshit?  Are you serious Mitch? Are you really truly serious?

Let’s take a look at this in the light that it deserves to be seen in, the light of truth, not the horse manure you pass off as true, not that “truthiness” famously coined by Stephen Colbert 2 or 3 years ago.

It was YOUR party, Mr. McConnell,with you leading the charge in the Senate, that not once, but twice, put stops on unemployment insurance extensions.  Despite the fact that most Americans say that it is necessary to extend those benefits to help those out in need.  A poll came out, I remember not when, that said close to 70% of Americans thought the unemployment extensions necessary.

It was YOUR party, Mr. McConnell,with you leading the charge in the Senate, that brought the nation, and the legislative process to a standstill with the grandstanding,  you and your allies,  against the Health care bill that was eventually signed into law, but not before it was weakened considerably to try to placate you weasels, when we still thought that possible.  A bill, Mr. McConnell, that will not only save the nation tens of billions of dollars annually, but which both parties have been trying to get through congress for the better part of 60 years.

It was YOUR party, Mr. McConnell, with you leading the charge in the Senate, that fought tooth and nail the Stimulus, that bill which has helped hold on to jobs in an economy that was, when the bill was first brought out, losing hundreds of thousands of jobs a month.  Thanks to that stimulus, and no thanks to you or your obstructionist allies, that trend has been reversed. It’s not where we need it to be, yet, but it is getting there.  And the Nation is getting better as a result.

WITHOUT YOUR HELP, MITCH.  WITHOUT ANY REPUBLICAN HELP. WE DON’T NEED YOU UN-AMERICAN BASTARDS.

I agree with you in thinking that the lawyer, and the congressman, and the editor, are in error, but only in so far as each claims peculiar facilities for the sort of knowledge in question; because, you see, sir, the truth is, that every trade or pursuit which brings one into contact with the facts, sir, such trade or pursuit is equally an avenue to those facts. 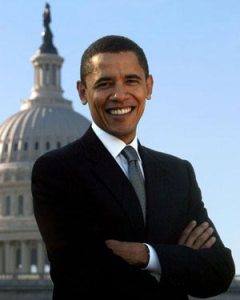 The beginning of this article showed the McConnell side of things.  Time to be positive for a few minutes.

After 22 months of employment declines, this administrations policies has finally broken through on employment, even if on a small scale.  The economy bled jobs every month, from January 2008 until October 2009, And has added jobs in seven of the last eight months.

To every person, particularly every conservative tea party patriot(damn ingrates), who has gotten a job in these last months, repeat after me: Thank you, Mister President!

The average weekly hours worked by non farm employees in this nation is on the rise and has been for several months, the first time you could say that since this recession began.

Manufacturing job growth is at it’s strongest since the 1990’s, bouncing back from historic lows, and the health care sector is adding about 16,000 jobs a month, a pace it has been setting at all year, and it looks like that growth will continue.

The jobs are coming back, without the help of the obstructionists in congress.  They are slowing things down, hampering America’s progress towards a brighter future and true growth and prosperity, but not so much.  For all their “Just say no” attitude, they cannot negate the efforts of the fine men and women of this country who are, despite the rights aggressive anti-American, anti-job growth stances, pushing through to make this nation a better place for everyone, left and right, Democrat and Republican.

Had a hard day looking for work today, after a great one yesterday, there was really not that much out there today.  Tomorrow will be a better day.  I will get a job tomorrow.  Wish me luck America, and have a good night.