The great thing about being the only species that makes a distinction between right and wrong is that we can make up the rules for ourselves as we go along.

I was actually thinking about doing a Debunking Propaganda III, and attacking the Hitler references that are so prevalent in society today.  I decided against, at least for tonight, because there is a lot of minutiae to that particular logical fallacy that needs to be looked at, and probably needs either it’s own series of articles, or at the very least more time to put the article together than I have at hand right now.  Arguments about fallacies of irrelevance and petitio principii, and talk of attempting to place guilt by association upon other people takes time, time I will take.

The “Debunking” series will continue soon.  But tonight I go elsewhere with this day’s article, about an interesting poll result I read about.

Links and a viddy first.

Rubio spent most of what he raised

How to go from sedentary to running in five easy steps

Viddy of the day, from the fine people at TED; with Dan Ariely, talking about cheating and stealing, from March 9, 2009.  Good stuff.  You can ignore the last two minutes of the video, those last 2 minutes are a long commercial.

What can we know? What are we all? Poor silly half-brained things peering out at the infinite, with the aspirations of angels and the instincts of beasts. 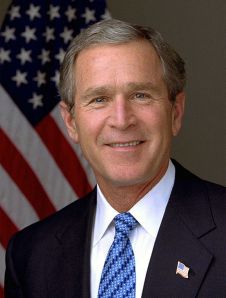 The poll out early today said that Americans find that Dubya is more to blame for unemployment, illegal immigration, Afghanistan and even the budget deficit. Fifty one percent of people said that President Obama has handled The Gulf oil spill better than Dubya handled hurricane Katrina.  The percentage of blame assigned in this poll as far as the deficit goes is actually fairly close, 32% of the respondents said that Bush was to blame for it, with 24% saying it’s Obama’s fault.  President Obama gets the credit for the increases in the stock market, by 15 percentage points.

There are a great many more numbers in the article, click here to read it.  The article implies a number of things.  One, the most obvious, is that people have not forgotten what happened in the previous administration.  Two, President Obama, while he is not necessarily the scapegoat for all of America’s problems, clearly does not have that much more leeway as far as some of these issues go.

The reason should be self evident, nearly 1 in 4 Americans blaming him for the deficit despite the fact that he walked into office with an over $10,000,000,000,000 deficit.  The stimulus, while effective, has been unpopular, due largely to (ahem) the negative propaganda about it, because too many people have argued that the jobs created, and the things done, are simply not enough. Saved over 3 million jobs, but it hasn’t been enough.

The other takeaway is that the President really is doing  pretty damn well.  With a war that most people think of as a lost cause in Afghanistan, with a deficit that we have had to run through the roof just to keep pace with all the economic issues surrounding the recession, which still isn’t over(not that anyone was expecting it to be over by now, no one credible has ever said that), with the single greatest environmental disaster ever unfolding before our eyes, we still think our President is better than the last guy to hold office.

Which is frankly, pretty damned incredible.

Don’t buy the negative hype, things are going to get better. Catch ya later, America.