I am feeling pretty good about things right at the moment.  I got 2 phone calls 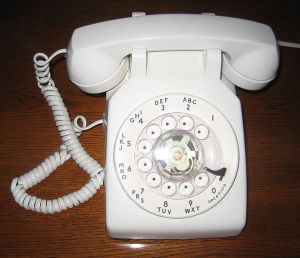 today from 2 different places regarding jobs.  Neither was the job that I wanted to get the call back from, the company I had an interview with on the 1st, who I expect to hear from tomorrow, but interest in me is what I want to generate, and it seems I have been successful.

The first call was from a company I first dealt with back in May of last year, and is a temp gig.  The pay on that job is less than what I would like, but a job is a job, if they call me back and say they need me in, I’m there.

I’ll take whatever job is there and pays the most.  Any port in a storm, tis true, but if I have three ports to choose from, I’m going to the one that pays the most, and looks the best.

I’m sitting here, in almost total darkness, lit only by the screen of a little notebook computer, and the television that is chattering to itself in the corner of the room.  I’m leaning forward on the edge of my green couch, Drinking coffee, looking over to the right for a moment, seeing a guitar in silhouette. I turn my head left and look up for a second at the television and I see an interview with Nancy Pelosi by Rachel Maddow dancing across my TV screen.  But I’m not listening at the moment.  I have the headphones on, and I’m listening to music, perhaps my favorite Rush song,  Jacobs Ladder.  I have used this particular songs lyrics twice before when creating titles for articles here.  I haven’t put a title on this one yet, but it looks like this will be #3.  Nice.

Health care will pass the house and senate via reconciliation. The bill that passed the senate will have to be signed by the President, and THEN get sent back to be reworked.  Reworked so that the rider for the so-called Louisiana purchase, excise tax and the Nebraska deal can be taken out.

Nothing insanely difficult, it’ll just take longer.  Which is not a problem.

We’ve waited 60 some odd years, a few more weeks or months, or whatever isn’t that big a deal.

One wonders if the public option, which has seen its support grow in both the house, the senate, and in public at large, and which does pass muster for the reconciliation process, will make it to the final version of the bill.

Read a happy article about how successful the President has been in his economic policies.  It does lead off by saying that political consensus is that he has been weak in that area, but then goes on to point out the great many positive things that have happened economically since he took office.  The strengthening of the GDP, the easing of job losses, with unemployment is back under 10%, after harrowing losses which were a direct result of several previous administrations mistakes, going back to at least Richard Nixon, and re-invigorating the markets, which are now 4000 points over their historic lows of a year ago.  It even makes this point, one which i think bears repeating:

“If he was a Republican, we would hear a never-ending drumbeat of news stories about markets voting in favor of the president.”

Say what you will about our President, but he has gotten a lot done on the economic front, considering the shitstorm he inherited. He’s far from perfect, but better than his predecessor.  The jobs, which we a knew were the lagging indicator of the economy, are starting to come back.  Things are looking up.

That’s it, except for a second viddy and the nuggets. The viddy is from the show that was on when I was listening to Rush.  Rachel Maddow and the speaker of the house, Nancy Pelosi.

That’s it from here.  Later.

Today’s nuggets, via wikiquote:  [T]hey had to make up that story about weapons of mass destruction. Because that was the only thing that would sell to the American people, and that wasn’t true.   Nancy Pelosi

The great thing about being the only species that makes a distinction between right and wrong is that we can make up the rules for ourselves as we go along.   Douglas Adams