The wife tells me that these things always take me three hours to do.  I told her I thought she was off by quite a bit and said it took 90 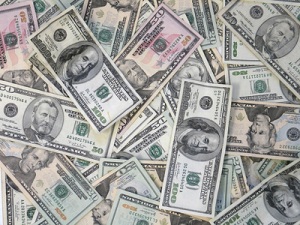 minutes, tops.  So do you want to know how I spent the next 20 minutes? Working on the blog title and the anagram for it.  She may be closer to right that I gave her credit for.  If it takes 20 minutes to work out thirty five letters, twenty eight without the word anagram, then things are going to progress slowly.

So lets try to move a bit quicker here for the next segment, which is about saving money….kinda.

YAY!  We are saving money…or something.  I am reading a story on bloomberg, (who tend to skew there stories, but that is another point for another time) where they say that the United States has spent $11,600,000,000,000 in fighting this recession.  That is an insane number.  But the Amazing thing is the number has actually fallen by almost 10% over the last 6 months.  In March that number was $12,800,000,000,000.  The numbers here are a combination of loans spending and guarantees.  With the major issues in the banking sector dealt with, or at least handled for the time being, the Fed is now concentrating on buying mortgage backed securities.

That number is going to drop further, and much faster than it has in the past six months, due to programs that the fed had instituted that either are coming to an end or have already ended.  The treasury had a program to guarantee money market funds that came and went without paying out a dime.  This program was instituted after there was a run on the money markets last September 18th, to the tune of $550,000,000,000 in 90 minutes.  It speaks to the paranoia that was created by the events of last September that not one claim was paid on this.  If there was a real issue with money market funds, claims would have been paid for money lost due to damage from the financial systems massive drop.  5 other programs are set to expire between the end of October and February next year which will lower the total hit by $2,500,000,000,000 dollars.

It’s still a helluva lot of money, but if we can drop out debt due to this financial crisis from 12.8 trillion in march 2009 to 9.1 trillion in February 2010, that gives me hope that our children and our children’s children wont have to pay such a crushing debt.  Someone is doing something right.

There is one very nice additional feature in this story. It is listing of numbers at the bottom it, which lists in some detail the amount spent(listed as current) on the recovery, and the amount the fed has to work (listed as limit) with as well.

With that good news from the fed on money spent, one wonders how long this drop in the markets will continue, and how it will effect the markets.  I checked the futures market a few hours ago and it was up over 20 points, I just looked and it’s down over 30 points, a 50 point swing in futures in a few hours on a Sunday night.  That however doesn’t mean the market is going to drop again tomorrow.  Fair value is down but not that much.

Ahhhhh, the joy of international politics. Iran is a party these days, isn’t it?  A second nuke plant, along the lines of a weapons grade nuke facility

that they tried to hide and only talked about after they found out the western powers knew about them, a belligerent and defiant tone after it was found, and now Missile tests.  The short range ones they fired today aren’t the real issue, they’ve done that before, several times. It is the announcement of plans for a long range missile test.  This long(er) range missile will have the capacity to hit Israel.

Israel isn’t going to take that, and they have already threatened air strikes against Iran to keep them from getting nukes.  An imminent strike seems less likely, at least according to one report in the telegraph.

There is a meeting between several nations and iran, including Russia, China, and the United States.  It’ll be interesting to watch how this plays out.  Diplomacy is what Our President wants to see win the day here. We will find out how good he is at the game of diplomacy.  One hopes he is as masterful here as he was on the floor of the U.N. last week.

That is it from here, except for the usual quotes.  Have a good night!

Today’s Nuggets, Via Wikiquote:  The first thing necessary for a constructive dealing with time is to learn to live in the reality of the present moment. For psychologically speaking, this present moment is all we have.   Rollo May

Earnest in practicing the ordinary virtues, and careful in speaking about them, if, in his practice, he has anything defective, the superior man dares not but exert himself; and if, in his words, he has any excess, he dares not allow himself such license. Thus his words have respect to his actions, and his actions have respect to his words; is it not just an entire sincerity which marks the superior man?   Confucius

95 minutes. DAMMIT, I was SOOOOOOOO close!