Months ago, before the Fisa legislation was passed by congress, I, and a great many other people, raised a stink about domestic spying and wiretapping.  But I didn’t, when i first wrote about this in July,  think it went quite as far as it actually did.  I figured they would at least try to keep it vaguely legal, and follow some portion of the law.  You know, make it at least have to have something to do with a foreign communication in some way shape or form.  Watch a video from Countdown with Keith Olbermann, from Wednesday.

Now mister Tice, the man in the interview here, has in fact done interviews before, before the election, and it was whistle blowing, just like this, but here he is more specific than in the ABC interview aired in September, and is much more specific in stating the abuses of the 4th amendment rights of Americans.

This ladies and gentlemen, is a textbook example of the concept of “Abuse of Freedom”.  The fourth amendment states: 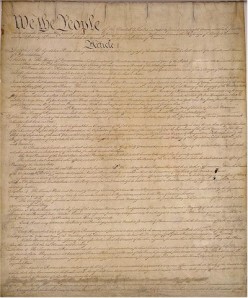 The right of the people to be secure in their persons, houses, papers, and effects, against unreasonable searches and seizures, shall not be violated, and no Warrants shall issue, but upon probable cause, supported by Oath or affirmation, and particularly describing the place to be searched, and the persons or things to be seized.

Spying on anyone anywhere, regardless of guilt, which is what happened here, is a clear and specific breach of our right to be secure in our persons against unreasonable searches.

There is a two part test, as set forth by the supreme court in the case of Katz v. United States involving wiretapping a gambler placing bets over a telephone.  The test is as follows:

Something is a search within the meaning of the Fourth amendment if (1) the individual “has exhibited an actual (subjective) expectation of privacy,” and (2) society is prepared to recognize that this expectation is (objectively) reasonable.

And so long as an individual can expect that a conversation on a phone would normally remain private, that conversation is protected under the 4th amendments protections against unreasonable search and seizure.

In this particular case,  it was found that the wiretapping done to the phone booth Mr. Katz called was in fact an invasion of his right to privacy, and the information gathering here in fact constituted a “search and seizure” as it is construed in the 4th amendment. 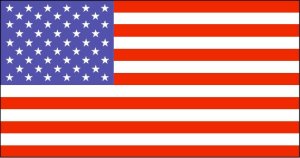 So don’t we, in light of these allegations, have a case ourselves against the head of the NSA,  and quite possibly the Bush administration, for illegal search and seizure?  For every single instance of information gathering within the United States against American citizens who would have a  reasonable expectation of privacy in their phone conversations who were listened in on?

I think we need to lobby the next Attorney general, Eric Holder one hopes, if the republicans ever get off of their asses and ask the questions they need to ask,  to go after the head of the NSA and other higher ups there,  to prosecute him for illegal search and seizure of our phone conversations.  The President we can nail with this only if it becomes obvious that there was prior knowledge on his part that there were clear illegalities. Under Oath.  I think that If you try to nail an American president, sitting or otherwise, you had better have an airtight case.  The case here looks to only point specifically at this moment at people within the Intelligence community.

I’ll comment more on this as this story develops.

A second video, a short statement, a few quotes, and I am done.

The second video is from a second interview done by Keith Olbermann with Mister Tice.  Now before I go, I do want to say one thing.  I do believe we as a people have the right to expect the government will do everything it can to protect us and themselves, in that order.  We NEED to make sure that as much is done to protect America from terrorism should be done.  What I rail at here is the over-zealousness of the work done, and the breadth and depth of scope involved.  Innocents should not have to concern themselves with being watched by big brother.  A quick aside: The concept that if you have done no wrong you have nothing to worry(one that has been floated a number of times by a number of idiots) about here is a ridiculous one.  I have a RIGHT to be secure from unreasonable search and seizure. Any American who takes part in a breach of the Constitution is guilty of treason. Any attempt at legitimizing this type of information gathering is legitimizing a breach of the Constitution.

Today’s Nuggets, Via wikiquote:   I sit on a man’s back, choking him, and making him carry me, and yet assure myself and others that I am very sorry for him and wish to ease his lot by any means possible, except getting off his back.   Leo Tolstoy

Government is not reason, it is not eloquence — it is force! Like fire, it is a dangerous servant and a fearful master. Never for a moment should it be left to irresponsible action.   George Washington